We’ve just returned from a lovely stay in Edinburgh. I think main reason why our trip was so successful & enjoyable was because of how at home we felt in our self-catering apartment. It was as though the apartment had been designed to suit all of our individual needs- it was that perfect! We booked the apartment through Air B&B, you can see the property details here. All the photos (apart from the last one of Piper) we taken from the Air B&B website. I forgot to take some photos when we first arrived & by the time I’d realised, the apartment didn’t look as pristine! Everyone had unpacked & had lounged on the beds.

The apartment, which sleeps 5/6, was located just off The Royal Mile, in the Old Town of Edinburgh. It was very central, so great if you’re exploring Edinburgh on foot! Around a 7 minute walk to Edinburgh Waverly train station means there isn’t too far to lug the suitcases! The apartment block had a grass sqaure in front of it- ideal for Piper’s toilet breaks. By the end of the weeekend, she’d pretty much mastered running down the stairs, on to the green for a wee, then back up into the warmth of the apartment. It’s worth knowing that the flat is on the 3rd floor & is only accesible by a spiral staircase. Not a problem for us, but it may be for someone with limited mobility. Everything which you could need is provided in the apartment- bedding, towels, shampoo, hair drier, iron, washing machine, dish washer. You name it, it’s there! It made for a very comfortable & relaxing stay. Marion, the host, greeted us when we arrived. We didn’t see her again, but I was confident that I would be able to get hold of her if I needed to. She was very helpful in offering local knowledge, she even let us arrive a bit earlier & leave a little later (to fit in with our train times).

The lounge was a very comfy, cosy room. The whole apartment followed a neutral, grey colour scheme. Although the apartment building itself was very old, the apartment inside had been done up to a very high, modern standard. The sofas were lovely & soft to sit in, you can just about make out the purple sofa in the corner which turned into a sofa bed if needed. In the lounge there was a TV with BT vision included, as well as the wifi box, a varity of books & some games for children. The electric fire really heated up the room well & it was lovely to sit by on an evening.

The kitchen, although small, had everything we needed (and more!). There was a dishwasher (luxury, I know right?!) & washing machine so perfect for a longer stays. The basics which you would expect were also included, such as a kettle, toaster etc. The kitchen, and the whole apartment in fact, was spotless. It was as though we were the first people to stay. If you wanted to sit at the table & eat, there was a small table which folded out when in use. We never tried, but I can imagine it may be a bit of a squeeze.

Like I said earlier, it was as though the apartment was made for us. In our party we had myself, 3 female friends, 1 male friend & Piper! The girls took the two twin rooms & Oliver took the single. You could choose whether you’d like the two bedrooms to be made up with either twin beds or kingsized beds, so because of the adaptability it would suit most peoples needs. The beds were SO comfy. Not too hard but not too soft. The duvets & pillows were down, so something to bare in mind if you’d prefer an alternative, but they were toasty warm. Your head slowly melted into the pillows and the sheets were pristine white & fresh. When we arrived everyone had 2 towels on their bed, a small hand towel & a larger bath towel. Each room had ample storage- the two twin/king rooms has HUGE built in wardrobes & the single had a chest of draws. Each room had a good sized mirror. There was both a blind & curtains in the bedroom, which really helped to keep both the light & the cold out.

The hot, powerful shower was one of my favourite features of the apartment. Shampoo, conditioner & soap were provided- it really was just like staying in a hotel! There was more storage provided in the bathroom too. Enough toilet paper to last the weekend & a good sized mirror.

The apartment really was like a home away from home. Warm, clean & light. The central heating was always on, you could adjust how hot you wanted each radiator. I would 100% come back to Marion’s apartment & would highly recommend a stay if you’re ever in Edinburgh. 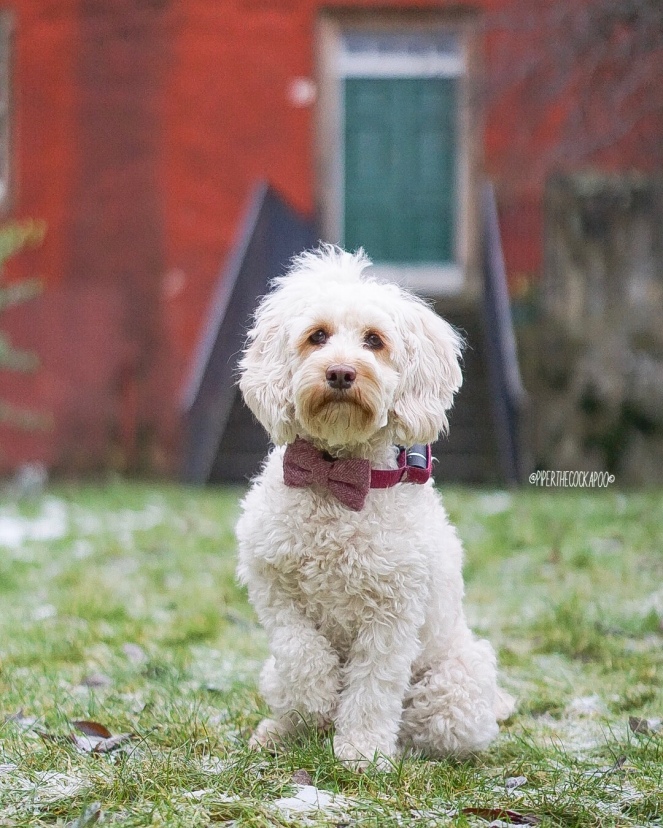 Thank you for reading & thank you to my Mum who arranged this trip for my Birthday.
E & P x